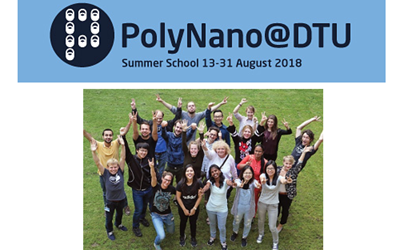 
The summer school will give you both theoretical and hands-on training in bioanalytical and optofluidic applications, as well as in industrially relevant fabrication techniques for easier transfer of lab-on-chip systems (LOCs) to the market. At the same time, the PolyNano summer school will give you insight to the process of transforming scientific results into a commercially viable solution. The PolyNano summer school aims at building a common language between researchers with different backgrounds. For this reason, the school is open to students with either engineering and/or bio-chemical backgrounds. Within this framework, the school will provide you with tools to tackle the challenges of communication between different scientific disciplines in true cross-disciplinary research.


If you have met the objectives of this course you will be able to:

The co-organizers each contributed with the organization of an additional experimental track.

Tracks at the summer school:

Electrochemical bioanalysis: Lab on a chip (LOC) devices have been widely employed for analysis of biomolecules in biological samples. Among the possible detection techniques, the significance of electrochemical applications has increased due to the inherent sensitivity as well as suitability for miniaturization and parallelization. In the “Electrochemical bioanalysis track” of the PolyNano Summer School, students will get hands-on training in preparation of LOC devices for electrochemical experiments and bioanalysis of, e.g., dopamine that has significance as both neurotransmitter and hormone. The practical work includes electrical and fluidic interfacing of LOC devices as well as chemical electrode modifications and their characterization using electrochemical impedance spectroscopy and cyclic voltammetry. Bioanalysis using the prepared LOC devices as micro-flow-injection analyzers (µFIA) will be performed amperometrically.

During the sign-up process you will be asked to rank these tracks according to interest.